I got up early this morning and took an impromptu walk.  I really didn’t know why — it was as if I was being lead.  In fact, I know I was being lead.  The Source of All Things apparently needed to converse with me in a different setting.  I could dig that.  It was a beautiful morning, it would have been a shame to have wasted it.  So, I got up and put on a t-shirt and yoga pants, headphones, and my running shoes.  I walked out of my apartment and began walking down the road.

Unsure of what direction I would take, I just kept placing one foot in front of the other and continued to let The Source lead me.  I had my music playing in my headphones, while my eyes focused on a view that resembled Cold Blood’s (a 70’s funk band) “Sisyphus” album cover.  I kept moving and trying to concentrate on breathing and the beautiful atmosphere around me.  I knew that I was going to receive a message, and that the only way that I’d be able to receive this message is if my mind is clear.  I don’t know if you have ever tried to completely clear your mind, but it’s no easy task, especially if you are a thinker — and I’m very much a thinker.  I felt that it was worth it to struggle through my own distractions to find out why I was summoned out of my bed to take a walk.

The sidewalk had run out on the side of the street that I was on, so I crossed the street and continued to walk. Out of nowhere, a large monarch butterfly flew past my face.  I stopped, did a 180 degree turn, and watched the butterfly flutter until it was out of sight.  I smiled on the outside, and I felt myself smiling on the inside.  Since I love butterflies, I decided that if all I got from my walk was the sighting of that butterfly, that was fine with me.  It was worth it.

Still walking, listening to my music, turning at corners (seemingly without my own direction — still being lead), smiling at passersby on foot and in vehicles, as they returned my smiles and waves.  I felt great! I reasoned that I needed to go outside to appreciate nature and recharge, and that was the reason for the walk.  I could dig that, so I kept walking.

I reached a suburban neighborhood.  You know, the type where people are up early doing yard work, minivans  are in the driveways.  It reminded me of the neighborhood in Michigan that I grew up in.  This made me feel warm inside.  I was at such a high frequency that I could actually feel myself vibrating.  “Wow!” I thought.  “Just…wow!“.  Unbeknownst to myself, I obviously needed this.  With that belief in mind, I continued to stroll without the expectation of a message. It was just me and my music.  It was at that moment — just as suddenly as that butterfly had appeared — a situation that had been vexing me and stressing me out so badly that it affects my mental and physical health, entered my mind.

I tried to replace that thought with the positive vibes that were surrounding me ever since I left my apartment.  Try as I may to block it out, that thought would not leave me alone.  This is a problem that plagues my everyday life, and stars in my dreams.  This severely unpleasant issue is cemented in my mind.  Negative thoughts never come alone.  They always enter the mind with extra baggage; perhaps from the past, or future complications that may, or may not happen.  These thoughts will leave you angry or worried, or worse — angry AND worried.

I was drifting into anger, anguish, and angst.  The beautiful, vibrant environment that I was in began to dim, so I decided to go home.  While walking towards my apartment, I stewed over how this situation, that I did not warrant, could possibly ruin my plans to relocate.  My anger began to build as I thought about how one person could have the power to ruin my dreams.  I became disheartened that despite my best efforts, I was treated as though I am completely expendable.  I was extremely pissed that this person could even ruin a good day in absentia! It was as if that butterfly had never crossed my path.

Half mad and half melancholy, my smile had dissolved and I was no longer looking miles ahead of me.  Instead, I was looking down at my feet as I walked towards home.  That’s when the message came.

No one can interrupt your plans and dreams unless you give them the power to do so.  Nothing can stop you from moving forward.  If you decide to give up, go home, and ignore the beauty of all the possibilities; that is YOUR choice.  If you decide to let beautiful things pass you by instead of studying them and using them as inspiration when you need it, that is also your choice.  Only you can make the decision to stray from the path that The Source has been leading you on.  Whether or not you meet your destiny can never be the result of any other human being.  You have the freedom of choice and free will.  Whatever you make, or don’t make, of your life is your gain or your loss — no one else’s.

I thought about how The Source had taken me on a walk and how I had waited and waited for a message, when in actuality, the entire experience was the message. I thought about the changes that I have been making to my life.  How I have been fasting, meditating more to strengthen my connection with the Universe, allowing myself to be lead (even when I want to lead), and staying alert and moving in silence, so I’d be aware of signs from the Universe.  I thought I was being lead to living, and eventually appreciating,  a rather chaste life so I’d become more patient, and so I’d stick to my standards — and that’s not untrue, but there is more.  I’m retraining myself. 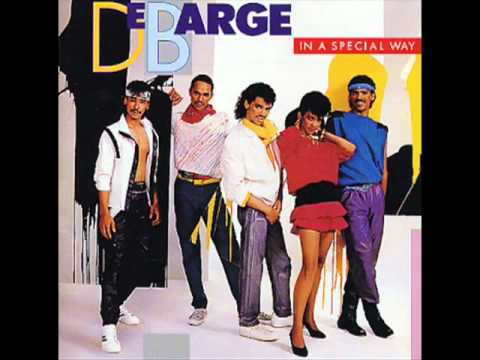 In one way or another, we have all been trained.  It starts at birth and it goes o for as long as we are alive.  We’re trained by family, society, media, experiences — whatever influences us at any stage of our lives.  That training is strongly attached to who and where we are. As that thought entered my mind, this lyric played in my headphones:

~El DeBarge “Love Me In A Special Way“, DeBarge

It makes sense that that lyric would accompany that thought (and also a testament to how awesome our Universe is!)  The way that we have been trained may have worked once upon a time. Or maybe it didn’t; maybe that training only provided lessons that you would need for future revolutions.  In any case, you have to dig around in your own mind and decide whether or not that training still applies, or if its time to retrain yourself for what you want to accomplish now.  Just because your way of life has worked for you before does not mean that it will work for you now, since you’ve grown. 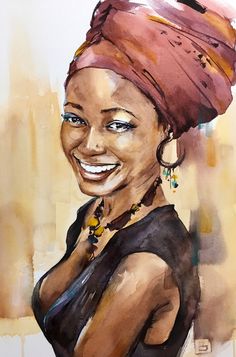 I’ve been retraining myself for the next volume of my life because extreme discipline will be necessary if I am to succeed, I want to succeed.  A step in the process that I’m constantly trying to strengthen is the ability to find the positive side of any situation, instead of dwelling on the dark side of things, as I had done earlier. (Conversely, I lurk in the shadows, making sure their edges stay in order so light gets to exist for others.  Her method is healthier.  And, you’re welcome. LOL! –Ed.) I thought about that unpleasant situation that had plagued my mind and and changed my mood earlier that morning.  Instead of concentrating on the negative parts (which is pretty much all of it), I decided to find the positive side of it.  Albeit very difficult, I was able to find a few positive things about it.  I also found a way to use that bad situation as encouragement to keep moving towards my goal instead of letting someone else’s issue paralyze me. (See, MUCH healthier than me. –Ed.) I have dreams and goals to accomplish.  #LifeIs Good

I suppose that the moral of this story is that your dreams and goals are the beautiful tapestry that represents possibilities.  Pay attention! If you allow the beautiful things in life to pass you by, you’ll find yourself plagued with that which will kill your spirit.  Hold on to your roots, just as that suburban neighborhood reminded me of my childhood home.  But, don’t be afraid of change.  Recognize when it’s time to retrain yourself; it’s called evolution.  Wish everyone well (even those who have not been very nice to you), but most importantly, wish yourself well.  When you are able to do that, you’ll be able to work and sacrifice for what is already yours, and you won’t have headspace for reasons why “it can’t happen“.  Only you can keep you from the life that awaits you.  Your name is on it! #BeGoodToYourself

“Open your mind and let the universe speak to you”