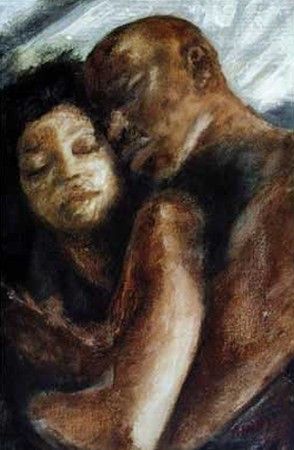 I had a dream last night.  I dreamed that he and I went out on an afternoon date, and we had so much fun!

We went for a walk through town and then through a park.  Each of us noticed things about our surroundings.  He noticed how old that building on the corner must be, and how cool it is that it hasn’t been knocked down.  A vintage building like that is definitely still useful.  I completely agreed and began listing things that the building can be used for.  He agreed with my ideas and shared some of his ideas.

We then made a turn into the park.  During a brief moment of silence, I took advantage of the opportunity to acknowledge that scenery.  The sun shined bright and it was very easy to recognize how brilliantly green the grass was and how pretty the hostas that surrounded the fountain in the park was.  He asked about the other vegetation that we saw, and I answered the best that I could.  There was no awkward silence.  We kept the conversation flowing without forcing it.  There were moments of silence, but those moments weren’t awkward.  It was obvious that we both enjoyed each others presence.

In this dream, he found an ice cream stand.  I don’t eat ice cream (or any sweets for that matter), but he went on and on about how good their pistachio ice cream is.  He talked about it SOOOOO much that I agreed to try a small cup of it, but not before telling him that it better be good.  I tasted it, and BOY WAS HE RIGHT! That ice cream was delicious! I had to admit it.  I told him about Superman ice cream and how good it is.  I believe that Superman ice cream is a Michigan thing, so I invited him to join me the next time I visit my hometown so he could try some.  He didn’t say yes, but he didn’t say no, so I took his response as a yes.  After all, I tried his ice cream. In the dream that I had last night, he and I walked along talking and eating our ice cream.  As I looked around noticing the shapes of the trees, I glanced over to see him notice the shape of the woman who was walking towards us on the sidewalk.  I responded to that with “DAMN! She’s gorgeous!” (because she was!)  He chuckled and agreed.  There was no awkwardness, no jealousy, no side eyes.  We both authentically acknowledge beautiful things, and at that time, it was the woman walking towards us.  I appreciated the vibe and being able to be free with someone, not restraining and withholding parts of myself to appease the company that I was in.  I could tell that he felt the same way.

We walked and talked about our dreams and aspirations. We didn’t totally agree with each other on everything, but I could tell that we both needed to express the things that was going on in our heads.  Perhaps no one else understood us, but we understood each other perfectly.

As we walked and talked, we learned that we knew more about each other than we were aware of — which made the afternoon even more interesting.  There’s nothing like vibing with someone who gets you.

In this dream, we strolled past a cute little eclectic boutique that had all kinds of vintage looking clothes and accessories in the window.  We are both seriously into that.  We stopped, looked, and admired the wares in the window, and I noticed a pair of sunglasses that looked just like a pair that I used to have.  I told him  about how a former boyfriend had given me a pair of sunglasses like the ones in the window, and how much I really loved them.  But, I think I left them in a restaurant years ago.  Of course, I went back and asked about them, but no one has seen them (or so they said).  He felt bad that I lost something that I really liked.  he displayed no jealousy, no insecurity.  There was no uneasiness or awkwardness.  He didn’t respond with smug or snide remarks, everything was cool.  We genuinely enjoyed each others company. 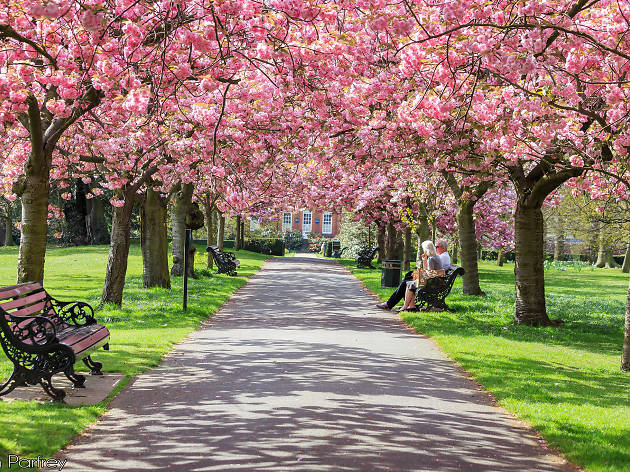 As this dream continued, we walked away from the boutique arm and arm (which really felt good) for a little longer, and then I needed to stop to use the restroom.  While he sat on a bench that was shaded by a rather large tree, I went into different boutique that seemed to specialize in large hats, the kind that older Black ladies wear to church.  There was a short gray haired woman (about 67 years old or so), who stood at the cash register.  I walked up to her, spoke, and asked if I could use the restroom.  She smiled and nodded.  After I finished my bathroom business, I thanked the cashier as I walked out of the boutique.  As I began to walk, I saw him walking towards me, he had a bag of stuff that he had purchased from one of the street merchants in the park while he waited for me to come out of the boutique. We met on the side walk and continued to walk arm and arm down a path that was lined with Kwanzan cherry trees.  It was both beautiful and serene.  I closed my eyes and wished that time would freeze forever.

It was starting to get dark in the dream, and we both started getting hungry.  We stopped at a small restaurant that looked like it could be family owned.  There was a large glass window in the front and we could see the few customers inside eating, talking, laughing — just having a good time.  There were couples on dates, families, and a few stragglers who were sitting alone.  They probably stopped in for a bite to eat after work, or something.  They seemed comfortable, as if they frequently eat there.  From the outside, the restaurant looked cute and cozy, so we went inside.

It was a “seat yourself” restaurant, so we didn’t have to wait for a hostess to seat us.  We found a corner booth near the large window that we were looking through a few minutes ago.  It had gotten a little darker outside, so the street lights were on and they lit the scene of people walking back and forth, to and from wherever they had been or was going.  It was really nice. 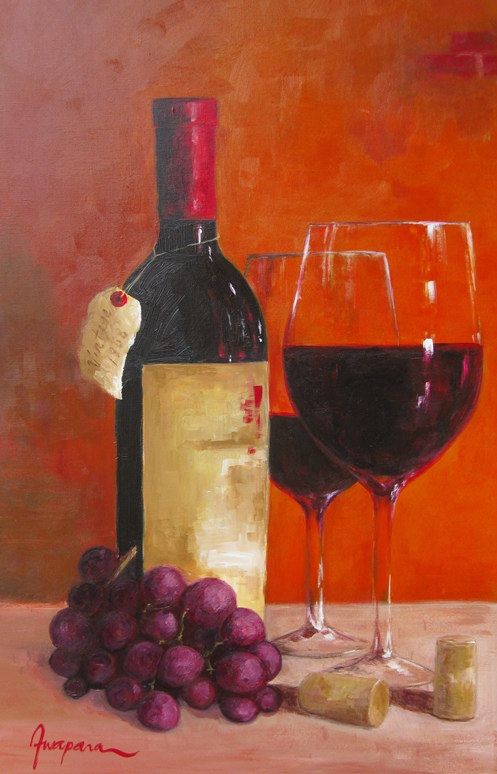 While jazz played lightly in the background, we gazed at our paper menus and talked about how extravagant their selection of meals were for such a small eatery.  The tall thin waiter came to our table, introduced himself as Ben, and asked us if we would like something to drink.  I asked for water and lemon, and he asked “Wanna share a bottle of wine?” to which I responded “Sure!” The waiter started to list the kinds of wines that were available, and in the middle of his list, we both said, in unison, “Merlot“.  We all laughed, even the waiter, as he walked away to get our wine.  Again, I wished that time could freeze forever.  At that moment, as with every other moment of that day, nothing else existed.

The waiter came back with our wine and two wine glasses.  He poured our drinks and took our orders.  I ordered the fettuccine — no meat.  I can’t remember what he ordered,  but it was also without meat.  We drank and talked, and drank and talked, and then drank and talked some more, about everything from music, to books, to life in general.  Whenever he spoke, I looked steadily into his eyes and gave him my undivided attention.  He did the same for me when I spoke.  I loved that! People today don’t have the attention span to carry on a good conversation.  Or, believing that they can multitask, completely ignore their company.  The vibe, the energy, that was present between us was indescribable.  But to put it lightly, it was beautiful.

There was a guy at another table who was sitting alone,  staring, smiling, and trying to get my attention (probably one of those who stopped in after work).  He noticed the guy and said to me, “I don’t blame him.  I’ve been staring at you all day too.” We both laughed, but I also blushed.

Our food came and we continued eating, drinking, and chatting.  I continued to wish I could freeze time.  After we finished eating, we tipped the waiter (generously), and he paid the check on our way out.  We had to walk back through the park to get to his car.  Even though it had gotten chilly, I didn’t mind; I was still enjoying myself.

We found the car and got inside.  As we rode through town, I looked around at the world through the car window.  At that moment, the world, and everything about it was beautiful.

As he approached my street, I started get sad, and anxious.  Sad because the date was about to come to an end. Anxious because I was waiting/wanting him to come in for a while… or for the night.  We reached my house, got out of the car, and walked to my front door.  In my mind, I was screaming “YES! YES! He’s gonna stay!” We stopped at my front door, and he handed me the white plastic bag that held whatever he had bought from the street merchant, kissed me on the lips and said, “See you tomorrow“. Just like that, he was walking towards his car and then driving off.  I went into my house — and that’s when I awakened from the dream.

Fully dressed and on (not in) my bed.  It was the next morning.  I got up and went to the kitchen to make coffee, then I went into the bathroom and turned on the shower.  Next, I went into my bedroom with the intention of picking out clothes to put on after my shower, but I paused, and I thought about the dream, and I smiled.  I was disappointed to learn that that beautiful day was only a dream, but I appreciated the way it made me feel.  It gave me hope.  It made me believe that everything is possible, and that I deserve to have beautiful things happen to me, as well as beautiful people in my life.  I took a few moments to bask in it.  And then, I went back to my dresser drawer to pull out some jeans and a t shirt to wear for the day. 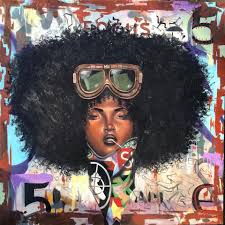 I opened the top drawer, where I keep my panties, and I saw a white plastic bag there.  It seemed to be wrapped around something.  I had never seen it before, so I pulled it out and opened it.  What was in that bag brought tears to my eyes.  In that bag, was the sunglasses that we saw in the window of the eclectic boutique — IN THE DREAM! I froze in front of the dresser, sunglasses in hand and tears in my eyes, I was overcome by a sense of euphoria.  The phone rang.  I could hear it, but I couldn’t see it, so I scrambled around, looking under things and going from room to room.  I found it on the kitchen counter next to the coffee pot.  I answered the phone without looking at the caller ID.  I put the phone to my ear:

The voice on the other end of the phone was his, and he said:

“Good morning.  I had a great time with you yesterday.  Would you like to have lunch with me today?”

2 thoughts on “The Dream”