“How Much A Dollar Cost?” Today, I was talking to a friend that I don’t get to talk to very often.  Somehow, we landed on the subject of of living in a capitalist, fad based society. I’ve got no idea of how we got on this subject. but… OH WAIT! I do remember! We were talking about mental health and and how many people (especially people of color) will go undiagnosed for very serious problems — that can be corrected — but families don’t always take their cries for help seriously.  This is also true with small to teenage children.  Unless they are exhibiting autistic characteristics, or dangerous behavior, most families will assume that whatever their child is going through can be corrected with a stern “talking to” or punishment.  After all, what kinds of problems can people who are taken care of and don’t have bills to pay possibly have?

While my friend and I were talking, I told him that too much emphasis is placed on money.  Because a child does not have to pay bills, should not mean that they can’t have unusual feelings that require professional help.  In fact, money, or even the lack thereof, are not usually the problem, even when they seem to be the problem.  There are people who have enough money to take care of their families for several generations to come, and they still deal with unhappiness, depression, anxiety, and the same feeling that we regular people deal with, whether frequently or infrequently.  Money, or being taken care of, does not solve every problem (although many perpetrate that facade).  Some things are far more intricate.

Money Comes And Goes.. But It Will Never Go Out of Style 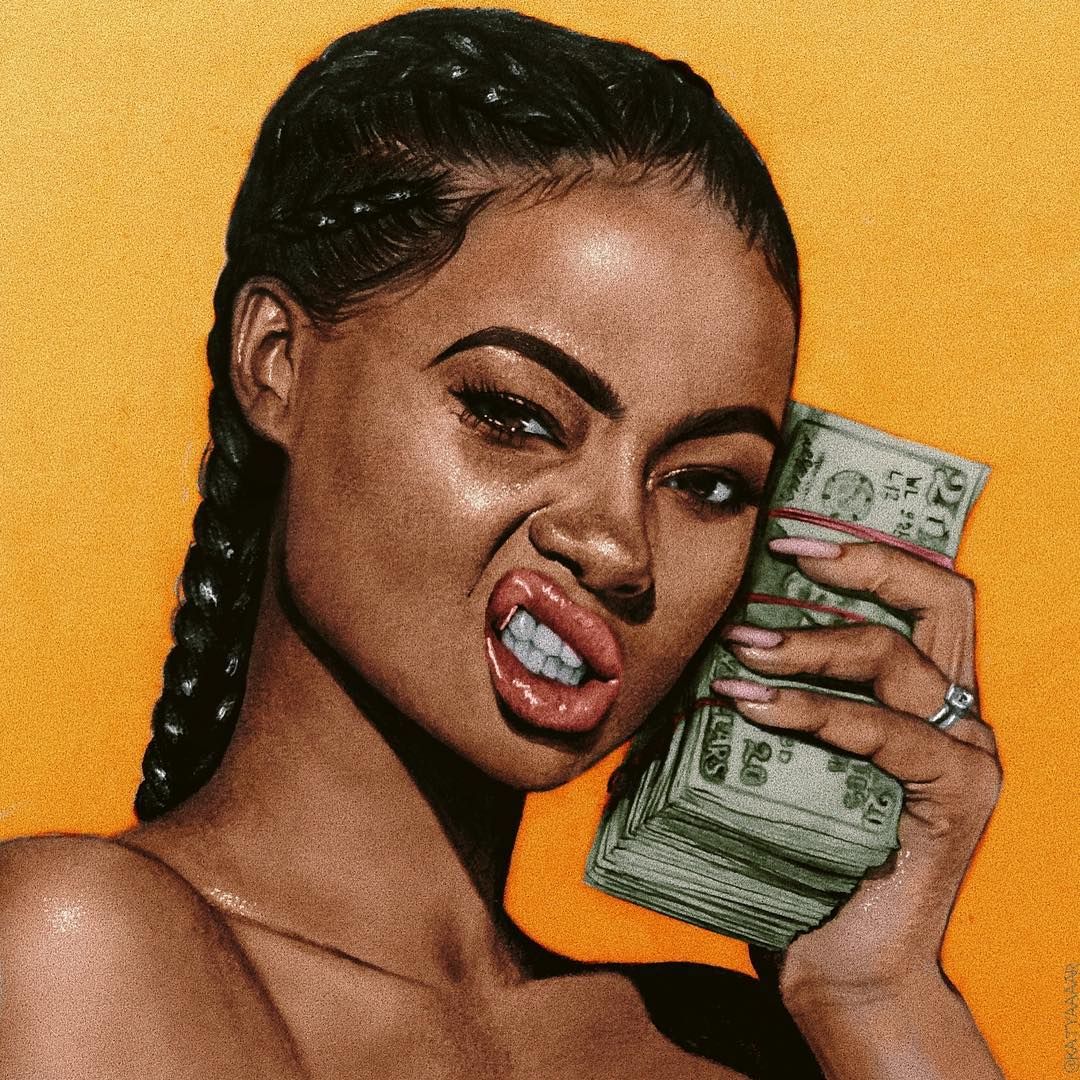 I certainly do not have an abundance of money, but I never worry about money (but boy, oh boy, did I agonize over money at one time).  It’s not that I don’t need money, but because I know that when it comes to money, just like everything else in life, what goes around, comes around.  In other words, money will go, and it will comeback — as long as you are doing the right things.  Of course this does not mean that there will never be setbacks.  Setbacks are a part of life, and sometimes we have to reorganize and practice discipline.  And it most definitely DOES NOT mean that you should meditate and throw good vibes into the Universe while you wait for the Source to provide for you.  If you try that, you’ll likely starve to death.  Meditation and giving good energy and vibes are the right things to do, but you have to get off your ass AND trust the process.

There Are Always Ways To Make Money

While there have not always been a myriad of ways to make money, today, there are hundreds or maybe thousands of ways.  Some don’t even require you to leave your home.  As long as you are willing to put in the time and effort, you can make money come to you.  So, why worry about it?

You cannot ask the Universe to support you in unethical endeavors. (Some of you may be thinking, “apparently, the Universe supports the government in their unethical endeavors.” NOT TRUE! The Universe does not support such things from anyone or any situation.  These things happen because we are divided as a people when it comes to the greater good for all.  If we are ever on one accord, as a people (even if we all want the same result, but not by the same process), things will change universally.)

I’m a fan of gangster movies, TV shows, documentaries — pretty much anything that covers the lives of gangsters or gangster culture.  The rise and fall of those who engage in that lifestyle is always the most interesting part of the stories — watching a person organize a crew that is involved in criminal activities rise to power and build an empire only to watch it crumble.  These people usually end up with lengthy prison sentences, and the few who are released comes home to nothing except a prison record.  This is why I say keep it honest.  Karma is real! Whatever you send out into the Universe, will be reciprocated.

It’s Not Just The “Need” For Money, But What It’s “Needed” For 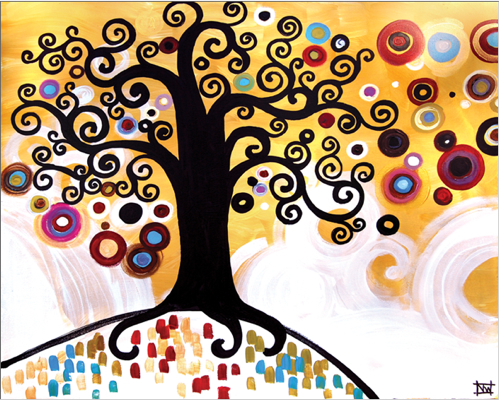 It’s my belief that there is only so much that a person needs.  Besides general needs (home, food, electricity, and so on), there is money spent for personal enjoyment (treating ourselves), interests, and hobbies.  In most cases, anything more than those things, are for show.  I understand that people are allowed and entitled to spend their money however they choose to (but this is my blog, and I’ll say whatever I want! LOL!).  Surely many people, for the most part, are interested in products of good quality, so I am not speaking of those who fall into that category.  However, sadly, there are several humans who need money to portray a lifestyle that they may not truly be able to afford.  Society tells us what what we need, how to look, what to drive, and even what to believe.  And those who do not comply are obviously not cool and subject to being ostracized. The thing about that is that it takes money — a lot of it — to fit in and be cool. (Contrarily, it costs very little to be yourself.  I covered that in a past blog).  People actually go out and do whatever they can do to attain money, to look like they have money, by giving money to companies that have armored trucks full of money.  How does that even make sense? 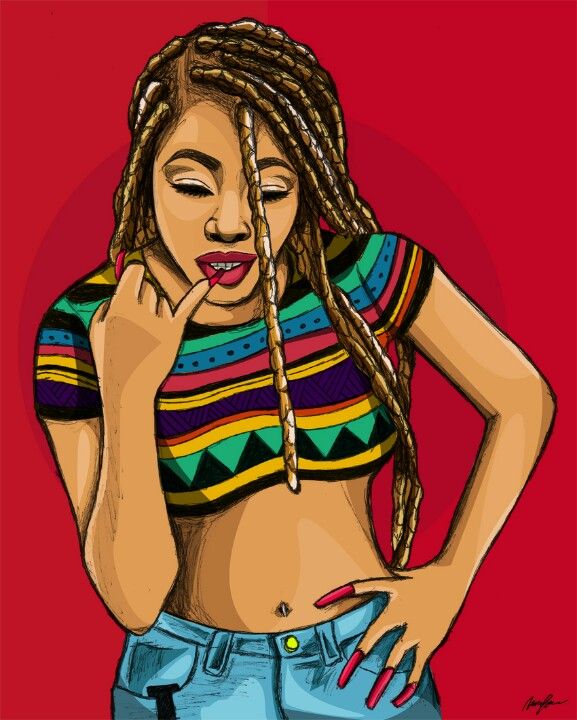 Millions of dollars per year is spent on hair, makeup, name brand clothes, eyelashes, and jewelry, by people who can’t afford it. Those industries prey on those who don’t like what they see in the mirror when they wake up in the morning, because society has told them that they, as they are, are not good enough.

It’s one thing to get dolled up for a special event or occasion, but to spend money to get dolled up everyday for no reason? It’s exploitation, but it’s not forced upon anyone.  However, humans are easily brainwashed. Especially when it comes to our egos. We can be very fragile.

Don’t Go Broke To Have The Latest And The Greatest

I stopped having a “need” to have all designer named brand clothes and the latest and greatest of everything, about 20 years ago (except for Adidas and Apple.  I believe in those products and I appreciate them for their quality.  And Adidas… well, they’re old school Hip-Hop!).  The problem that I have with popular brands, is that I don’t like to feel like a billboard.  When a company advertises  on a billboard, or any other kind of ad, they have to pay for that space! I can’t make — me paying top dollar for designer merchandise, to advertise for a company that makes several millions of dollars, (perhaps per month) for free — make sense.  If I’m advertising, shouldn’t I get paid?

When I do buy designer brand names (which is extremely rarely), it’s only be because I saw something that I really like, and I can afford it.  I never feel compelled to make a purchase simply because it is the current trend.  I refuse to wear anything with a highly visible logo.  I like for my clothes to reflect who I am, not someone else’s expectations.

You Don’t Have To Be Fly To Be Dope

As with every Afrologik article, my intent is not to change anyones mind, but to offer a different perspective.  Everyone has the right to spend their money on whatever is important to them.  But, before you wear yourself out working and/or worrying about having enough money to acquire things that you cannot afford (for the purpose of impressing the people in your town, or anywhere else), remember this: You don’t have to be fly to be dope.

Never put monetary value on a persons mental stability. Not everything has a dollar value, and believe it or not, humans CAN have problems that are not connected to money.

“Why are you trying so hard to fit in when you were born to stand out?”
― Ian Wallace