I Love You/ I Hate You 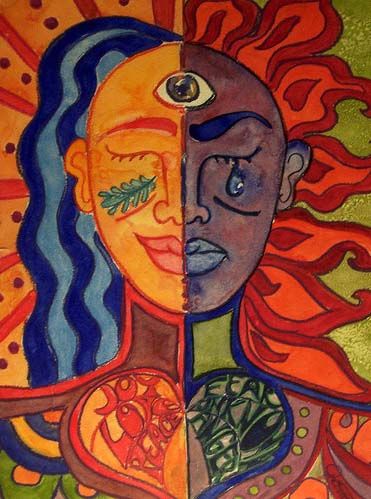 The other day, I thought about my friend and how through right or wrong, thick or thin, left or right, up or down, he was there.  When I make great decisions, he praises me.  When I have great ideas, he encourages me.  When I say something stupid, he questions me. And, when I’m making horrible choices, he will check the hell out of me — by any means necessary.

What’s most cool about my friend is that he’s cool.  I mean, he can hang out with me, and listen to me without prejudice, even if he disagrees.  He’s all about my growth, as I am all about his. We understand that a differential point of view could lead to reassessments of ourselves, and that’s important.  He allows me to be me, because he knows that I will anyway.  He also knows that in one way or another, he’ll probably be there to help me pick up the pieces should things go awry, but he’ll also cuss me out during the whole process.  We never fall apart because of those things — that’s just how our relationship is.

My friend finds what is deep inside of me, and he encourages me to pursue it, and be great.  When I doubt myself, he tells me how great I am.  He suggests that I uncover, or rediscover untapped or forgotten talents.  He believes in me, even when I don’t.

However, my friend is not always available. Sometimes he doesn’t text or call back, like he doesn’t have time for me.  Apparently, he has a life of his own.  But, while he’s having his life, Im all alone.  I have no one to talk to. No one to tell me to keep going, or that I’m pretty, great, funny, or smart.  I have no one to encourage me, or reprimand me for acting against who I am, as well as what I know.  He’s not paying attention to me!  What did I do? What is he doing that I can’t know about? I’ve been knowing him all of my life, or maybe just a few years, or maybe both.  I can’t tell you where he goes, what he’s doing, what he’s hiding (if anything), or if he’s really avoiding  me, because I don’t know.

What’s wrong with me?

Why can’t I have what I want, EVER?  Why does my friend go away when he knows that I need him.  Why am I expendable to him?  He’s not expendable to me.  I’d fight heaven and hell and risk eternal damnation if he was so much as stung my a mosquito.  I ain’t shit to him.  He’ll just forget that I exist for a while, at a glance, and then come back as  if everything is cool.  That’s not love.  I don’t know what that is called.

We FU#K%N Hate Each Other! But We Don’t… 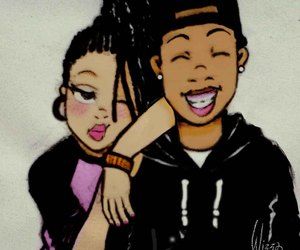 Hate and love are very closely related, but many of us never realize it.  We equate the same hate that we have for inanimate objects, with the hate that we claim to have for each other.  A person could hate a certain color, a certain food, TV shows and movies, or songs, without emotion, because they’re inanimate objects — they don’t have feelings, we have to attach feelings.

Those are all things that don’t have feelings on their own, but due to circumstances, we’ve attached our own feelings and emotions to them.

That kind of hatred can’t be compared to that between human beings, except for in excruciating circumstances, for example:  it’s not far fetched to have hatred for someone who has harmed you or a loved one. Nonetheless, the word “hate” is often miss used.

In the example of my friend and I, my hatred of him was based on what I believed was hatred from him towards me.  I’m wondering things — and that could mean that I’m willing to make changes — and maybe those changes will make him stop these intermittent hiatuses.  In fact, everything that I was mad at him for, or hated him for, was because I wanted him to be there for me, all of the time!

What we humans call hatred of each other, is just impatience, and maybe jealousy, and selfishness. Human beings can be very fickle when we don’t get our way.  Our go to phrase is usually, “I hate, this, that or them”.  Usually we don’t use the word correctly, and maybe thats not a bad thing.  The word “hate” is spewed from person to person, only under the most intense emotions.  We actually become a bit aroused when we feel hate.  It’s said out of haste, and many times, people regret using the word at all.

Except for in very rare situations, hate and love are two sides of the same coin.  We can’t feel that strongly about someone unless they are close enough to us to evoke certain emotions.  We’d have to first love.  And to mirror the hate of someone else, we’d have to care.  Their love and acceptance, in one way or another, matters to us.  When that pill becomes hard to swallow, we try to chase it down with hate — false hate.

Love and hate are not much  different.  In fact, one cannot exist without the other.  So, why not just say, “I love you” instead of, “I hate you”.  After all, that’s the truth.

2 thoughts on “The Relationship Between Love And Hate”