When you’re making plans to move on to the next phase of life, or when you are close to a goal that you’ve set for yourself, Murphy’s law is in full effect — anything that can go wrong, will go wrong (or so it seems).  The people in your life will start to (or seem to) act differently; sometimes for better, and sometimes for worse.  At times, it will feel as though things are going wrong for no other reason than to interrupt your flow.  It can make you want to throw in the towel, throw your hands up, and scream “FUDGE IT” and stick to what you know — stay in that comfort zone that clearly is not very comfortable.  If you were truly comfortable in your position, you probably wouldn’t have devised a plan to change it.

I know this feeling all too well, as it has been my life all year.  I’ve given up, I’ve started over.  I’ve changed my mind, and then changed it back.  I’ve changed my plan a zillion times.  I’ve changed the way I approach certain things.  But, most of all, I’ve changed personally.  I had to change, otherwise I’d be taking the same baggage and dirt from the situation that I’m leaving to the adventures and event’s of the next volume of my life.

This has been a recurring action for me.  I left my hometown of Saginaw, Michigan in 2010, to move to Nashville, Tennessee.  I’ve been in the Nashville/ Clarksville area ever since, but I never adapted.  Since I was never comfortable with the culture (it’s not for me), I never had much of a life here.  Every time I’d go back to Saginaw for a visit (which I tried to do at least twice a year), I was sad when it was time to leave.  After each visit, I’d spend most of my time hating Tennessee, and in constant nostalgia for my hometown.  This didn’t help the fact that I had no friends, and no life, in the south.  I was angry and bitter.  There was no way that I could ever be happy there.

When I left Saginaw, I wasn’t happy with that town.  I wanted to leave and go anywhere else.  It’s a small town full of small minded people.  I felt that my brain and spirit was too big for it.  (Yes, that is very arrogant of me.  But, that’s how I felt at the time.) At that time, Tennessee seemed to be the best move make because I had family there, my daughter always wanted to go to an HBCU, and, my sons wouldn’t arbitrarily fall victim (or suspect) to the high crime rate to the city.  The decision to leave was a win/ win /win decision.  I’m happy to say that everything worked out for the most part.  My daughter graduated from Tennessee State University, and is doing well.  My sons are also progressing and are college bound.  The only problem is that I never found a life for myself, and that had a very negative effect on me.

I’d go home once or twice a year because, I thought I felt better there.  I had family there, and all of my friends are there.  People would come to visit me at my fathers house, or we’d all plan to meet somewhere and hang out together.  I felt loved and wanted there — I belonged.  Most of all, I felt comfortable.  I really believed that I wanted to move back.  I often thought about ways to make that happen, and go back to a place that wanted me.

After a while, those two visits per year trips were not so much fun.  In fact, they started to feel the way I felt when I lived there.  I reduced the visits to once a year, and eventually, I’d only visit if I really wanted to, or if I had to.  This would give my friends a chance to come and visit me.  (That never happened.  But anyone who has moved away from their hometown can relate, I’m sure.) Those trips were limited because I realized that I was never really attracted to my hometown, I was attracted to the familiarity.  That attraction created a false sense of the reality of living there, which wasn’t always a happy situation (but I’d be lying if I said that I didn’t have amazing memories of back home).  Moving back home would not have encouraged evolution, it would have only temporarily pacified me.  And, that could never be enough.

With cutting back on those visits home, I had decided that although I loathed Tennessee (as it was not conducive to my growth either), and I spent most of my time depressed and alone, it was home. It was where I would be.  In my comfortable apartment, working a job that pretty much keeps me isolated.  But, it would all be mine.  I would never have to worry as long I could maintain those those things.  I had taught myself to accept that, until I got tired of sitting in my patio, watching other people live their lives.  Even if they were doing things that I wasn’t interested in, at least they were doing something. My primary way of communicating with other humans was by scrolling Facebook.  Those were my friends. That was my life.  It was pathetic, but I learned to deal with it.  It was the life I had chosen.

Press Play.  This Is Now.

There’s something to be said about accepting an unhappy situation, because if it’s bad enough, it’ll force you to make some serious changes.  After several of the most scarily depressed months and years of my life, I got myself together and took a long hard look at where I was in life.  I couldn’t stay that way because it was killing me.  I took a step back and looked at the bigger picture, which was that I don’t know how many years I have left on this planet.  So, I noted some things:  I don’t have babies anymore.  My children are independent and able to take care of themselves.  And, a hard reset on my life would save me.  I began devising a plan to get the hell out of the south and start a new life that is all mine!

There I was, planning.  Putting things together.  Changing this, changing that.  Paying things off.  Giving stuff away.  At every given chance, something would go totally wrong.  In fact, even when there was no visible chance, things would go wrong.  One of my kids would have issues.  Or, financial issues would pop up out of nowhere.  I even had health issues! (WTF?! I never have health issues!)  I believed that the Universe was conspiring against me…and I wanted to kick it’s ass!

Not only did things going wrong interrupt my flow, but sometimes things going well would interrupt things.  A restored relationship with my son, which had been strained for the last couple of years, and reconnection with other relatives made me second guess my decision.  “Maybe things are turning around, and life will get better here“, I thought.  Even though I would absolutely love for those things to happen, I feel in my heart and soul that its time for me to move on.  It’s as if I am magnetically drawn to this move.  I don’t know what’s waiting for me on the West Coast, but good or bad, it’s for me.

I’m not a crier, but I cried a lot during this time.  I had panic and anxiety attacks, and sometimes, I was very unpleasant to be around.  At times, the situation felt hopeless.  I no longer believed in myself or the plan.  However, it was natural for me to keep moving towards my goal.  Even when I wanted to quit (and knew that I should quit), I just couldn’t.  At the beginning of my planning for the next phase, I told myself that if it ever started to feel forced, I’d quit.  If it doesn’t feel as natural as summer easing into autumn, it isn’t meant to be.  Thus far, it’s been a natural progression, so I’m confident that this isn’t a bad decision.

Workout And Work It Out 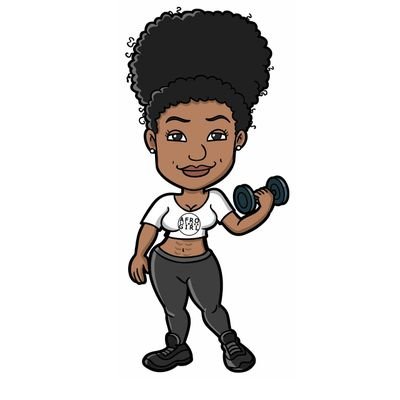 When things begin to go awry, I try to look at it in the same way that I look at exercising. I do it because it makes me stronger and healthier, which enables me to better endure whatever life tries to throw at me, and I’m also well enough to enjoy the good things.  If I don’t exercise, my chances of being defeated are increased.  The issues that threatened to throw me off my square serves the same purpose (in their own twisted, sadistic way).  How can I make it on the West Coast if I can’t make it past the first step: leaving Tennessee.  Besides, moving to the other side, or reaching a goal does not mean that everything will be smooth sailing henceforth.  There are going to be ripples and waves, and being mentally prepared is most important.  Whatever you are going through right now, is the training ground for what’s next.  This is where you’ll toughen up.  If you can  get through the setbacks in the beginning,  you’ll get past anything that happens along the way.  But for that to happen, you have to workout, eat right, get rest — take care of yourself! Be prepared to deal with whatever life will throw at you (and keep in mind that life has a hell of an arm!).

I know where I have been, and I am aware of the choices that I’ve made.  I accept responsibility and I hold myself accountable for the state of my life, at any point of it.  However, I will not hold things over my own head, or allow anything to stop me from making progress.  I know what I have to do.  I’ve only got one shot at life in this vessel, and well.. it’s a pretty good vessel! I’m going to go for what makes me happy, despite any issues that may attempt to defeat me.  I encourage you all to do the same.

“The greater the obstacle, the more glory in defeating it.”

2 thoughts on “Moving Through Life’s Phases”