Focusing On Energy Over Details I was talking to a good friend of mine today, and I told her about this song that popped into my head out of nowhere.  Songs popping into my head is nothing new or odd.  It happens to me everyday, several times a day. (I’m not exaggerating.  Literally, every single day, songs pop into my head.  Sometimes, they get stuck there.)  This particular song kinda snuck up on me.

The first time I ever heard the song, I instantly fell in love with it.  It came on the radio one day (one of the few times that I have listened to terrestrial radio in the last 10 years), when I was driving home from Nashville, in the rain, with my two sons.  As soon as I got home, I went to Apple Music and bought it.  I’m sure that I played it ad nauseam, much to the chagrin of my sons (sucks to be them! LOL!)

One night it was playing while I was talking to a friend on the phone.  They asked what was playing, I gave the names of the artist and the song — and that was it.  Nothing else was said about it.  We continued the conversation as we had before the inquiry about the song.  After that phone call, (which was pretty uneventful — just two friends talking about regular friend stuff), for some reason, unbeknownst to me, I never played that song again.  There was no reason why; I was still in love with the song, but I never played it again.  It happened very naturally; I didn’t plan it, I didn’t even miss it — as a matter of fact, I never even thought about it again.

Months later, I was hanging out with my friend (the same one who inquired about the song).  We spent the day together. It was a beautiful day — one of my favorite days ever.  As we enjoyed being in each others company, the song came on, and there was dead silence between us.  It wasn’t planned, and I’m sure that neither of us made a conscious decision to not talk, but we didn’t.  I felt… Well, I can’t really put that into words, but its reminiscent of the way I feel when I’m vibrating towards the right things (another feeling that I can’t articulate).  I was just as much in love with that moment as I was with the song.  I can only speak for myself, but the silence was fascinating — as if the song had hypnotized us.  Even though I remember everything that happened that day, the only thing that I can remember about that three minutes and thirty-five seconds is the silence, the song, and the moon, because it so brilliant that night. I’ve never tried to figure out why that happened.  Nothing like that had ever happened to me before, or since then.

We’ve never spoken about that incident. For there to be dialog about it, I’m certain that I would have to bring it up in conversation.  I knew that there was every chance that the silence was coincidental, or just plain meant nothing, and that the moon and the song were just ornaments in my mind.  I knew that I couldn’t handle knowing that those few minutes were only special to me.  So, to this day, I’ve never said a word about it.  I probably never will.

After that occasion, I still have never played the song again.  Like before, it wasn’t planned, I didn’t think about it, I was still in love with the song (maybe, even more now), but I never heard or played it again.

This morning, while I was getting dressed, the song popped into my head for no apparent reason. I was standing in front of the mirror at the time.  I looked up and saw myself blushing.  I took my time getting dressed, and I then went to my iPad and played the song.  It was the first time that I had heard it since that day.  The keyboard in the beginning has a very pretty sound, like that of one of those wind-up music boxes.  That sound flooded the room and my soul.  I was smiling, and I felt exactly the way I felt that day, like I was vibrating. And, I only played it once.

I don’t know when or if I’ll ever play it again, but it will remain in my Apple Music library.  After it ended, I pondered why I don’t play that song more often, especially since it has such a good effect on me.  I reasoned that it was best not to play it too often because it’s special to me.  I wouldn’t want anything or anyone to taint, or blemish that memory.

Then, I thought about it more deeply: it wasn’t a memory that I didn’t want to disrupt — in fact, the only things that I can remember about that short time is silence, song, and moon.  It’s the feeling — the energy of those moments that I want to preserve.  If I hear that song by happenstance, that’s fine.  I might even play it now and then — very rarely.  However, I’ll never put it on a playlist, and hearing it will never become a regular thing in my life again. 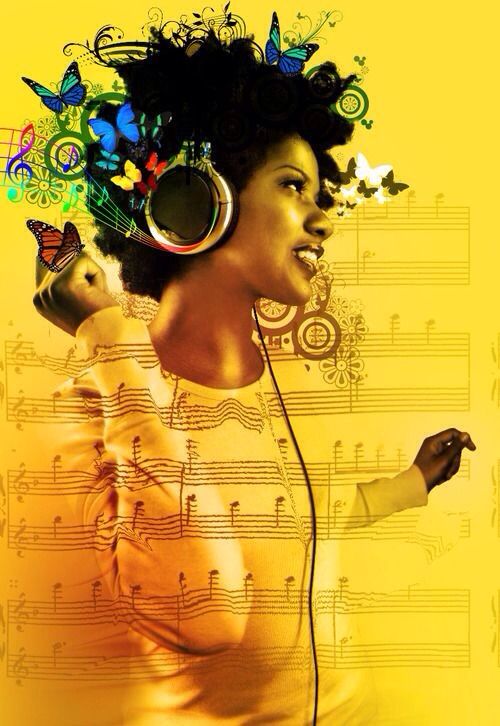 As a lover of music, I have plenty of songs that evoke feelings, or actual memories.  There are even songs that I only play in certain situations.  For instance, “Valdez In The Country” by Cold Blood.  I only play that song in the summer time, and only on bright sunny days.  That song has a lot of horns in it, and I’ve always imagined that if the sun was a musical instrument, it would be a brass instrument — strong, loud, shiny and commanding.  I like that energy. I’ve said all of that to say that we all have triggers — whether audial, visual, or attractive — to any of the the five senses. Those triggers lay in the recesses of our minds and sometimes, they’ll bring us to pleasant, or unpleasant places.  We compartmentalize events, sometimes unconsciously, and now and then, they sneak up on us.  It’s human to try to shove unpleasant feelings under a rock and keep on truckin’, and then celebrate the pleasant things.  None of it should be shoved under a rock, but you don’t have to dwell on things.

As for why that song popped into my head, surprisingly, after so long — I have no idea.  But, my eyes and ears are open, and I’m tuned in.  The Source will show me what I need to see and/or learn when the time is right.  In the interim, I’m grateful for the recurring energy that I experienced today.

“The energy of the mind is the essence of life.”