Getting Rid of Toxic People Everyone has, or has had, three or four people in their lives who really should not be there.  I sure have.  Sometimes we are very much aware that these people are toxic, yet we keep them around — perhaps out of habit, because they have been around us for so long, or maybe they’re relatives and not so easy to avoid.  I suppose there could be a number of reasons why we tend to keep people around who mentally drain us with their negativity.  Regardless of what we reach for, or what kind of goals we set for ourselves, they’re always there to knock the wind out of our sails.  Instead of building us up with well wishes and encouragement, they either flat-out don’t support us or list reasons why our plans won’t work and how silly they are. Of course, our true friends would never watch, or support us doing something that will hurt ourselves or others in any way.  In most cases, they will state their cases without being condescending. (Unless, we are being hardheaded and jerky.  Then they might become more aggressive if it is for our own good.) Naysayers have no goals, and they lack the spunk that is necessary to meet goals and make dreams come true, so it is very easy for them to condemn yours. Since this is the case, they’ll do whatever is necessary to keep you from being successful, because your success highlights their failures (at least in their minds).  While you’re busy being a dream catcher, they’re busy being dream snatchers.

Not all negative people will try to limit your growth with a lack of support and encouragement.  Some will drag you down with their problems or by trying to engage you in conversations or activities that are not useful for anyones growth, but rather, the opposite.  They create bad energy that will stifle your progress.

Without regard to the length or dynamics of your relationships with these people, you have to end those relationships or place tremendous distance between them and you.  If you don’t, they’ll surely drag you down to their level and keep you locked in that position — which is counterproductive.  You have a whole Universe ready to give you everything that you want, don’t let bitter humans stop you from reaching your destiny.

1- Those who are always talking about other people

I often wonder where these people types of find the time to notice so much about other people, or why they think they’re so perfect that they have the right to brutally criticize others.  Admittedly, I have engaged in this type of behavior in the past. Until, one day, it hit me like a ton of bricks: “why do I care? This is none of my business.  If these people are happy, then I’m happy for them.  If they’re going through a tough time, who am I to exploit that?”  At that point, I began distancing myself from those who engage in such behavior.  Always remember that energy cannot be destroyed, but it can be transferred to other things or people.  Gossiping and trash talking people creates bad energy that can attach itself to you and kill all of your dreams and aspirations.

I also limit the time that spend around people who are always talking on the phone.  No one is so interesting that they have that much to say.  I can’t prove it, but I am sure that most of the time that they spend on the phone is spent talking about other people.  Suffice it to say that when you are not around, you certainly get your turn on the rumor mill.  You can’t trust this kind of person.  They don’t have your best interest at heart.  They’re toxic, and you don’t need them in your life.

Whenever you have an idea or if you want to something new with your life, naysayers will list all of the reasons why it will not work, or they’ll say nothing and quickly change the subject.  When you are about to create a new chapter in your life, you want the support of your friends and those who are closest to you the most.  Sometimes, it’s their encouragement that gives you the extra push that you need when you’re stuck or ready to give up.  You absolutely do not need anyone to shoot down your dreams or tell you that you are incapable of achieving them.  Usually, those who react to your progress in that fashion are envious of your tenacity, and they truly believe that you will be successful in whatever you set out to do.  This makes them take a deeper look at themselves and not like who they see.  Anyone who doesn’t like their self, can’t like anyone else.  Don’t allow them to be anchors in your life.  Cut the rope, and float away.

These kinds of toxic people are never happy about anything, even when they seem relatively happy.  They find something wrong with everything around them. Miserable people either cause or engage in conflict everywhere they go. They are extremely judgmental, and they have something negative to say about everything.  Somehow, they seem to think that their pessimistic attitude is cool.  One thing that ruins a miserable persons day is to see or know that someone is happy.  Wretched people hate to hear good news about anyone, because they never have good news to share.  Their excuse is that they are the way they are because of their circumstances, when the truth is that their circumstances are the result of the way they are.  Like attracts like.

This type of behavior is quite contagious.  It will either sweep you into its pile, or it will consume and drain you.  Break away from their toxicity and let them be pathetic by themselves.

4- Those Who Are Afraid To Grow

When you are evolving, you have to surround yourself with like minded people.  Spending time around stagnant people can hinder your growth.  Humans who are afraid to grow will never understand your thirst for knowledge and adventure. If given the chance, they will attempt to convince you that you’re wasting your time.  They don’t understand the nothing learned is ever wasted.  All they know (or want to know) is the space that they have resided in — mentally and physically — probably, their entire lives and they’re not interested in much more. Having these types of attitudes in your life while you are in transition will definitely counter your progress.  You can’t stand still and move forward at the same time (unless you’re on one of those airport conveyor things. Most likely, you’re not on one of those right now.)

5- The Temptations (not the popular singing group)

One of the first things that we do when we are trying to better ourselves, is clean our lives out — rid ourselves of vices and bad habits.  This process is not easy, and it takes time and patience.  As difficult as it is to reinvent yourself, it’s not impossible.  However, in the beginning stages, we are very fragile.  This is exactly the point where you’ll find out who really wants to see you succeed and who wants to see you fail.

The Temptations are people who will try their best to destroy the progress that you make as you clean your life up and become a better version of yourself.  For the purpose of destroying what you have worked hard to build, The Temptations will play on your sensitivity and vulnerability by offering you the things that you’ve taught yourself to abstain from.  They can’t stand to see you improve upon yourself, because they’re not open-minded enough to try and do the same for themselves.  It’s much easier for them to poison you, so you can all slum it together.

Those who clearly care nothing about you, however, now and then, they need your resources.  You rarely hear from these people until they need you for something.  Some will become unusually (or perhaps, overly) nice to you in an attempt to fatten you up for the slaughter.  Sometimes, they don’t even ask.  Instead, they’ll try to sell you a sob story so you will volunteer your resources (how very, very, cowardly).  Although you have been there for these people time and time again, when you are in need of a favor from them, they either ghost you, or give sorry excuses.

There’s nothing wrong with helping a friend who is in a tough position — even if you know that they can’t return the favor.  However, it becomes abuse when those friends begin to rely on you to come to their rescue every time they find themselves in a bind.  You have to give those kinds of people a firm and inflexible “NO”.  In most cases, doing this will weed out the people that don’t care about you.  When they learn that their well has gone dry, they’ll find another way to quench their thirst.  Those who understand and realize and realize that they were abusing your generosity will stay around and maintain a friendship with you.  This indicates that they value you more than your resources. 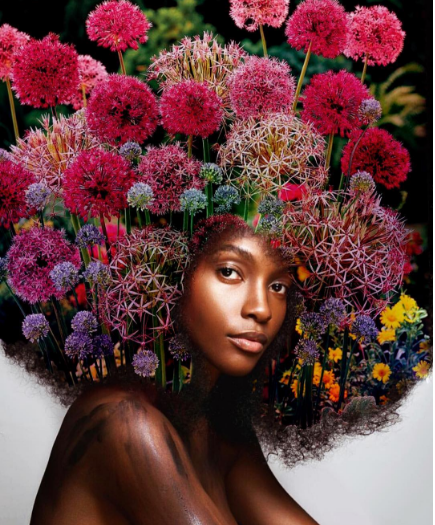 Life is about living, growing, learning  — evolving.  Anything that is toxic is poison; poison is death! As we work and strive for excellence, it’s most important that we surround ourselves with with positive, goal oriented people, because that is the kind of energy that we want to give and receive.  In that same respect, negative energy is also floating around and trying to attach itself to people.  Only you can decide what you are going to do with the energy that you receive.  Water (a source of energy) makes flowers grow, but it also makes weeds grow — weeds poison flowers.  You have to decide if you’re going to be a weed or a flower.

You’re as good as the company that you keep.  If you spend time around toxic people, you’ll become toxic.  Spending time around people who want to see you grow and be happy — people who appreciate you — will increase your positivity and enhance your life.

4 thoughts on “6 Types of People That You Must Avoid”