It was nice outside today, so I decided to et my mail (yes, I only get my mail when the weather is nice).  As I began walking, I noticed a guy looking at me.  It was uncomfortable for me, because I thought he might try to talk to me, and I didn’t want that — his posture, attire, and behavior suggested that he wasn’t my type, and appeared to be much younger than me.  As I continued to walk, lo and behold, I heard a voice say, “W’sup, queen?” Just before returning his greeting with a dry, lifeless, monotoned, “Hi”, I thought to myself, “Pretentious and cliche.  I sure hope that he isn’t also persistent“.  I kept my eyes straight ahead of me, and kept walking, as he took off walking in the opposite direction.

Since it was nice outside, I decided to take the long way to the mailbox.  The horticulturists were here over the weekend, so I thought it would be nice to see their work.  As usual, everything was beautiful.

As I approached the mailbox, I froze, but I caught myself, and kept moving.  The reason that I froze, was because that guy that I wanted to avoid, was at the mailbox.  “Damn!” I thought.  Had I not taken the scenic route, I probably wouldn’t have to possibly experience this guy trying to engage me.  Oh well, fudge it.  I was there now.  I’ll get my mail, quickly, and then, get out of Dodge.

The complex that I live in has a community mail area inside of a small structure.  I walked past the guy, without making eye contact, or saying a word to him.  I walked up to my mailbox and unlocked it.  The next thing I heard was “Where yo man at?” I clenched my teeth and thought, “Bad grammar too? Did he really just end a sentence with ‘at‘?” (Editor Note: HAHAHAH! I love This woman!) I turned towards him, and gave him my patented three second, “leave me the hell alone” stare.  (One day, that might actually work.) Then, I turned back to my mailbox and removed my mail.  As I closed the door to my mailbox, I heard, “You single?” — not “are” you single, but, “you single“.  (That’s not even a question!) Turning back to him, I answered, “Yes“, and started to walk away.  I was about three feet away when I heard, “Damn! Why you single?”  I stopped, actually turned on my heels to face him, and look him in his eyes.  I was insulted.  That is not the way to approach someone that you are interested in (well, I don’t like being approached like that).  While looking him in his eyes, I answered, “Because I’m a Goddess, and I haven’t found my God.” (Editor Note: SNAP!)  As I turned around and continued to walk to my apartment, he still had things to say, but what he said isn’t relevant (or nice, or grammatically correct, or the kind of language that I use on Afrologik).  I could have gone back to check and cuss him out for being an asshole, but why? What would that accomplish? It wouldn’t change him, but it would change my vibe, invite negative energy, and interrupt my flow.  So, I kept walking, and left him to be a fool all by himself. 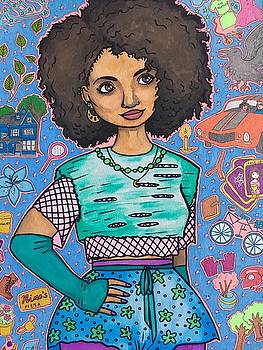 My behavior might have seemed arrogant from the gate.  Some people might even feel that it was wrong for me to judge that guy at first sight and that calling myself a Goddess exhibited a heightened sense of importance.  If so, you know what?

Setting Your Own Standards

It’s important that we humans have a strong sense of self — know ourselves and be proud of ourselves — know our worth! When we accomplish that, there are things that we simply will, or will not, tolerate.  We set standards for ourselves as well as the company that we keep.  While some may call it arrogant, conceited, or even stuck up (and, they are certainly entitled to their opinions) in the same respect, you have the right to protect your vibe.  Being in the company of people that you don’t mesh well with will leave you depleted.  It doesn’t (necessarily) mean that they are bad people, but perhaps, your lifestyles don’t compliment each other.  Eventually, spending time around people who constantly subtract energy, and never add any, will stunt your growth.  You should spend time with those who are conducive to your evolution.  And, you need to be conducive to the growth of those around you.  If there is not a good balance of giving and receiving in any kind of relationship, you’re spinning your wheels. 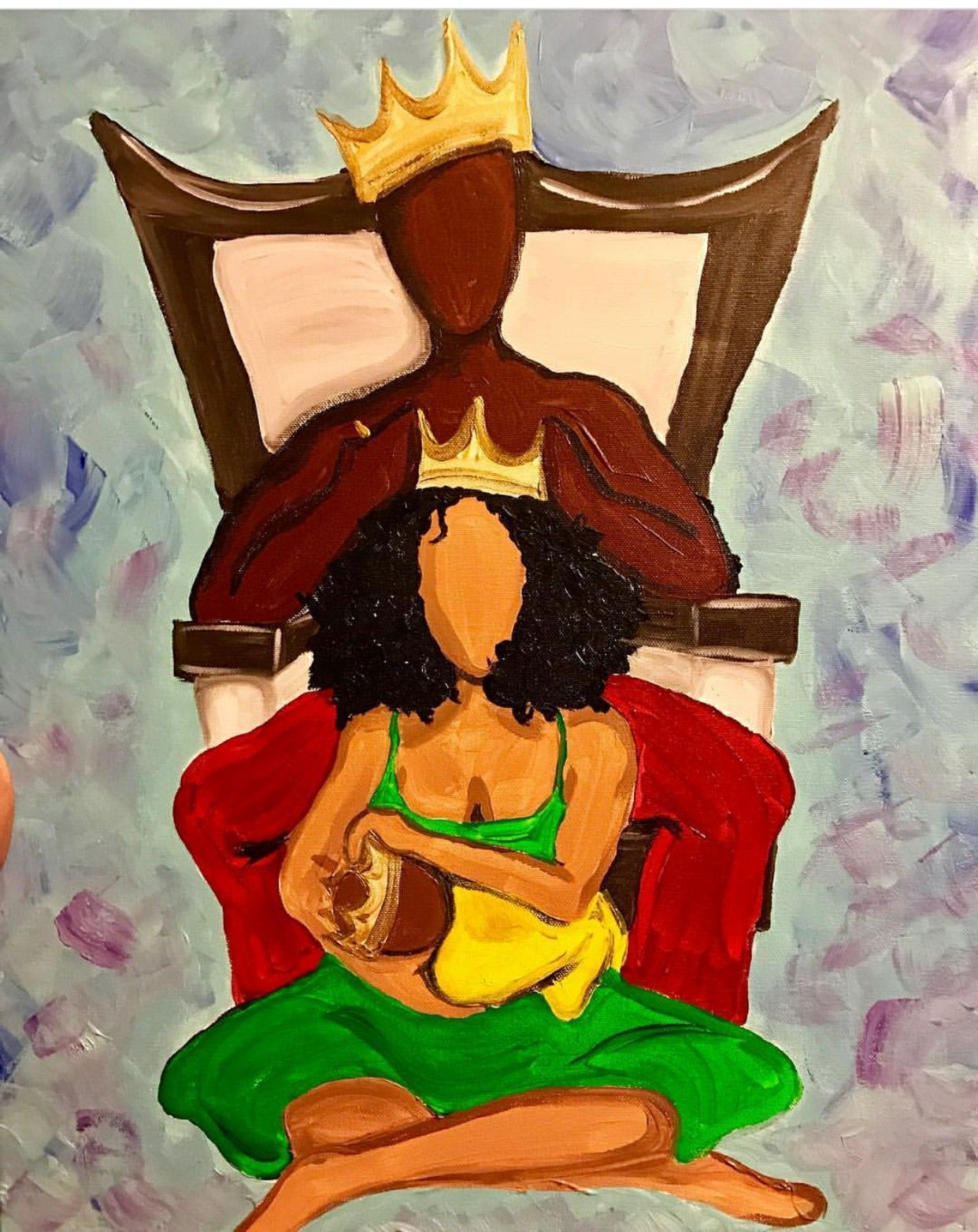 You are a King, a Queen, a God, a Goddess, or whatever you want to be.  And, you should act like you are.  Let the world know who you are, and never let anyone make you feel bad about that.  Walk with your back straight, head held high, and you’ll attract the same confidence that you display. (Now and then, a knucklehead will try to shoot their shot, and that’s not a horrible thing either, because it shows that they are also confident).  Be proud and strong, and think highly of yourself. Yet, you still have to be humble enough to know that, in all of your greatness, you’re just a human being, just like everyone else.

Know What You Want

Be the things that you want.  Only you can set a standard for your life, and there is nothing wrong with setting that bar high.  You’re regal! Kings, Queens, God’s, and Goddesses all have high standards. 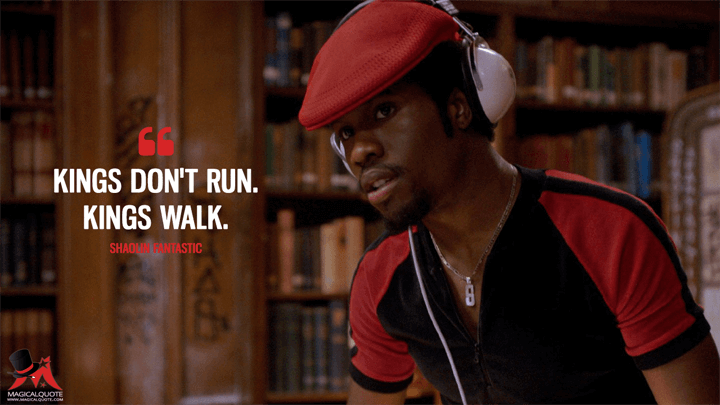 One of my favorite lines from “The Get Down” is when Shaolin Fantastic had just kicked some serious butt.  When he finished, his friend Zeke (who helped him fight) started to run.  As Shaolin stopped him, he said, “Kings don’t run.  Kings walk“.  (Editor Note: Ooooh damn! One space at a time in Chess, boys and girls.) Walk tall and be the standard that you require.  Never settle for less.

Set Your Standard, But Don’t Knock Theirs 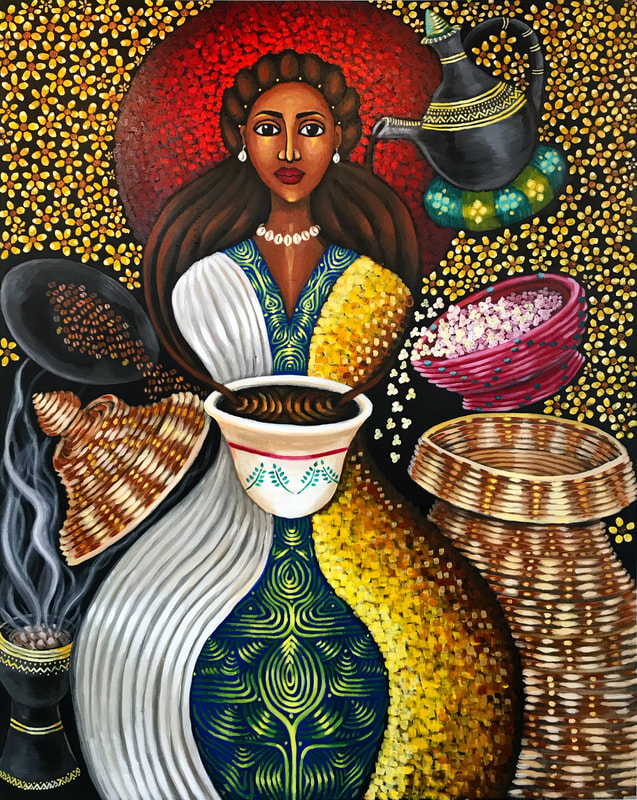 So, when you’re minding your own business and going to get your mail, and some person who has time to hang out in parking lots, with his pants around his knees, is speaking to you as if neither he, or you, are regal, and you have to get away because you’re a Goddess, and you ain’t got time for that… don’t let anyone tell you that you are wrong!! Even though their standards differ from yours, it doesn’t mean that their standards are low.  It’s just what works for them. You don’t have the right to make those people feel bad.

“I have very high standards for every part of life – my work, my relationships, food, love. I can’t just pretend.”

2 thoughts on “Don’t Doubt Your Standards”