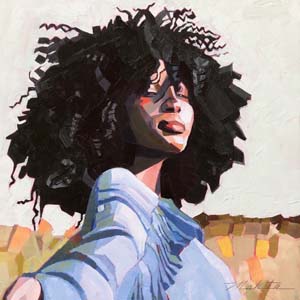 (As I was rummaging through old notebooks today, I ran across this this article — it was written several years ago. At first, I was going to rewrite it and make some things about it more current. Instead, I decided to keep it the way it is, as it makes very strong points, and I’m sure that in its original context, it would be much more poignant. I still agree with every idea in this article, and I think it would still be beneficial to anyone who reads it, who might be conflicted and unsure of what they should do with their passions.)

What Is Your Passion?

By trade, I am an Administrative Assistant. I know that I am not very good at it — that doesn’t bother me much. I know that I won’t win any awards for what I do Monday through Friday from 9 am to 5 am each day, so I do my best and take it eight hours at a time. The rest of my time is spent with my children, and working on my own passions which are: music, media and writing. I’m not content to stay in a mundane position that is not conducive to my personal growth simply because “Someone has to do it”. Although I am grateful to be employed, I know that this is not why I am on this planet. One day while at work, something happened that pushed me past awareness and into action…

One day my boss (who is not at all a pleasant person) called me into his office and asked me to write a letter for him. As I said earlier, I am not good at my job. However, I do know how to write a letter. So I went to my desk and put the letter together, printed it and handed it to my boss. He looked at the letter and said to me, “Maybe you should read a book on how to write letters”. Immediately, my eyes went to the pair of scissors that were on his desk and a voice in my head said, “Just pick them up and put them in his throat”. As tempting as that was, I paused and another voice said something that made more sense, and would cause less trouble. This voice said to me: “You already know how to write a letter. You’ve spent most of your time in front of a computer for the last several years, you would have to be STUPID to not know how to write a letter. You don’t need to read a book on how to write a letter because you are not supposed to be writing his or anyone else’s letters”. (I would like to say that I gave a dramatic speech and then quit but I didn’t. I got help from other people in the office and wrote the letter in the informal format that was apparently preferred). That night, I decided to take some time to figure out what is best for me.  What am I good at doing? What do I like to do? What am I passionate about? “Writing” was the answer to all of those questions, so I started to write. I still have to work, but I’m now doing something that I’m passionate about and that serves many purposes for me:

Those things are: PRICELESS

People And Their Passions, Or Lack Thereof

Humans put their passions on hold for many reasons:

The truth is that as long as you have to punch a clock, you will NEVER have the time! Families, jobs, the hustle and bustle of everyday life is very time and mind consuming. Nevertheless, you do not work 24 hours a day and children and spouses go to sleep or have other activities (if they don’t, find sleep or other activities for them…). If you have to, steal the time that you need to hone your craft, even if for only one hour per day. You’ll feel better about yourself knowing that you have taken the steps needed to invest in yourself.

You will never have enough money to purchase everything that you will need to work on your niche or passion — at one time. However, you likely already have a few things that you would need to get started. In fact, if you are reading this, then obviously you have a computer, smart phone, or tablet. Any media device is a good start to launch any project. Plenty of things have been started, invented and finished with less equipment! Once you get started, comfortable, and good at whatever it is that you do, you’ll make the sacrifices that are necessary to get the other things that you’ll need  —  as and if you need them.

This is perhaps the worst excuse for not following your passion. In fact, in my opinion, this is only an excuse for a lack of passion. Of course no one should leave their only source of income for an idea that may or may not pay off at all (but, then again…). It “doesn’t put money into my pocket” is never a good excuse to not try.

Making money should not be the primary purpose for pursuing your passion. Self fulfillment, knowledge, and growth are payments into your mental bank. Who knows, eventually your passion might even turn into a paycheck. Many people have turned their hobbies into businesses.

Take it from me, it does your heart, mind and soul well to step out of your comfort zone and away from your excuses to take a chance on yourself. Most likely, you have no idea of how wonderful and talented you really are.

I’ve been starting projects and not completing them for many years. I used all of the excuses that I listed earlier in this article as to why I would continue to give up on myself, or not even give myself a chance. I even got to a point where the people who believed in me would anger me…FOR BELIEVING IN ME (imagine that…) For me, it took an incident from someone that I really cared nothing about (my boss) to smack me into the reality of what I just might be capable of, if I would give myself a chance.

This can be applied to anything that you might want to accomplish from losing weight to starting a business. You have to make the time and the sacrifice to start it. A great way to begin, if you are unsure of what your passion is to make a list of all the things you have ever wanted to do or be since you were a child. Sure, some of it will look ridiculous (I wanted to be Mork  when I was a child. I’m sure that nothing could be more ridiculous than that). After you complete the list, read it and look for things that are consistent with the person that you have become. Your passion is somewhere between that list and the person you are today. You really are still that kid in a lot of ways!

If you are already aware of what you want to do, or have interests that you would like to explore, then you’ve already conquered the most difficult part of this mountain climb. Making the time to pursue it is probably easier than you think.

I will not say that achieving your goals will be easy, it will most likely be very hard, but you’re worth it!

(PS: The day of the aforementioned incident, would be the last time that I would ever refer to anyone, mentally or verbally, as my “boss”.  If I have a boss, it is the Source, never a human.)

“My mission in life is not merely to survive, but to thrive; and to do so with some passion, some compassion, some humor, and some style.”

6 thoughts on “What Is Your Passion?”